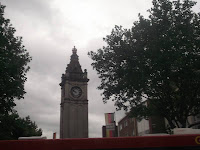 It’s a big leap from K to P but N of course stands for the night buses, which we are not covering. P stands possibly for Peckham, though this route goes nowhere near Peckham (you will have to wait for the P12 for that) and also does not operate out of Peckham Bus Garage: it has been seen scuttling into Catford Bus Garage. 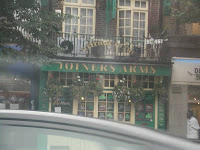 This is the one bus I could have written without leaving my bed – we have been living on its route for 30 years and have seen it through its various phases.  Our understanding had always been that the Dulwich Estate, previously known  as Alleyn’s College of God’s Gift, was a rather picky landlord (there were rules such as not having your laundry out on two consecutive days or any Sunday, and if your garden got too weedy they sent you letters pointing this out too) and did not like buses running through its land, but eventually agreed on a little Hoppa-type vehicle, which is how the P4 route started in 1972.. The buses are slightly bigger nowadays but us regulars have not been treated to lovely new vehicles like they have on the P12. 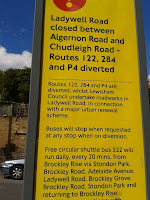 The other very key preamble is that between July and September 2013 the P4 is on a major diversion, and Jo said we could not wait until September to ride the ‘proper’ route but courtesy of local knowledge you will hear about both diversion and authentic passage.

The route starts on the slope down from Lewisham Station, just opposite the new Glass Mill Leisure Centre which replaces the Sixties-built Ladywell Centre.  The old housing in Loampit Vale has been replaced by a tall tower and some other blocks. I am not sure what makes developers think that having a gym on the ground floor will stop any deterioration but we shall have to see.

The P4 follows many of the other routes past the shopping centre and market (one of four in Lewisham). Much of the High Street is tired Sixties, when there was enough money to replace the widespread war-time damage, and though there have been some ‘running repairs’ the face presented to the road remains largely unchanged – the department  store Chiesemans is long gone and the 20/ 21st century additions such as the library and police station have now blended in. Jo spotted a little pub – the Joiners’ Arms – which with its Dutch gable front clearly dates from an earlier era. 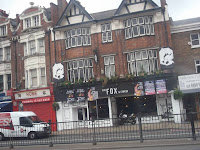 The now defunct Ladywell Leisure Centre, which in due course will be demolished (see above), is normally the point at which the P4 peels off to the right and through Ladywell to Crofton Park and Brockley. But as also noted above there are at present major works at the Ladywell Road junction to improve things for pedestrians and cyclists so for the time being the road is blocked off completely.

The diversion means that the P4 takes the altogether more boring route past the front of Lewisham Hospital, now plastered with cheerful red notices proclaiming its Victory – we hope other campaigns will take heart but we suspect the government may seek to change the law so they get the last word. Each A&E department should be evaluated on its merits but on the basis of both quality and location Lewisham clearly needs to remain if it is to serve the community. The run to Catford is usually quick for the several routes that come this way and today negotiating Catford itself went quite smoothly.   The two train stations are very low key buildings and work is just beginning on the former Greyhound Stadium to turn it from last century entertainment to future housing provision. 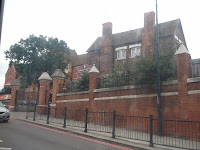 On round the South Circular the P4 goes with some rather surprised faces at the bus stops and then it turns right up Brockley Rise, doing a twiddle round the Earl Chandos pub where there is an opportunity to board the free 522. (Surprisingly this is a double decker which serves some of the route of both P4 and 122.)
[Where should this route have gone? Up the Ladywell Road, past the old police station and coroners court which are across the road from some charming little cottages. On the bridge over the railway the most distinctive building was the modernist Adhesive Specialities factory  with almost always working clock ' 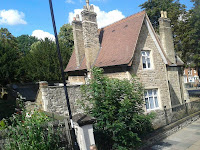 Sadly demolished in 2010.  The P4, the sole bus on this stretch, continues up a gentle hill alongside Brockley cemetery and passes the newly refurbished and extended Gordonbrock School and serving the side roads with their compound names  Arthurdon and Phoebeth.  The P4 should come out onto the Brockley Road by the Brockley Jack, named for a local highwayman and known locally for its small theatre.] 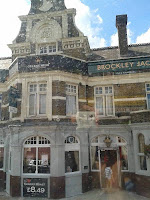 When the P4 reaches the corner and lights it turns up Honor Oak Park and this is where the bus we were on rejoined its proper route. Passing the station and allotments it tends to be into second gear for the steep climb (only Crystal Palace is higher in South London) passing One Tree Hill, which is actually quite thickly wooded and with excellent views over London – the one tree referring to a site where Elizabeth I supposedly had a picnic with a local nobleman. Having been open land/common land for many years there was a well supported public protest in 1896 when a local golf club wanted to enclose the area, and much like Lewisham Hospital on this occasion the public won.

To me this always seems to be the halfway point and the bus does its best to hurry along Honor Oak Road, often beset with water leaks; when it snows we easily get cut off (don’t laugh it’s true) but today’s trip had no such hazards and we arrived back on the South Circular to stop at the Horniman Museum.

A ‘Northern’ family (that’s how they described themselves) had boarded at one of the diversion stops and asked for directions to the Science Museum – the driver not unkindly offered them the Horniman Museum but they were quite clear about where they were headed. He obviously did some research and came back to them saying they should pick up the 345 in Brixton, which does indeed go to the Museums. I imagine they were all travelling free to choose this route. Maybe they had already visited the Horniman Museum and Gardens (brilliant agapanthi) for they are every bit as good as the Knightsbridge museums and of a more child friendly size.  The Horniman’s star attraction is the the overstuffed walrus currently on holiday in Margate so can be appreciated by correspondence only 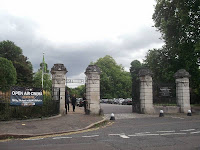 For a while the P4 follows the South Circular – at its narrowest and most sinuous here – and we continued on past the green areas of Southwark Sports Ground, other sports fields and of course Dulwich Park before turning off towards Dulwich Village. Many localities in London call themselves ‘villages’ but Dulwich I think comes closest to actually feeling like one with its grand houses (very detached and very expensive) at one end, the few village shops, small school, the traditional finger posts and white chain link fencing all add to the carefully maintained mood.  It also has the very excellent purpose built Dulwich Picture Gallery, where both the permanent and temporary exhibitions are worth a visit with the P4 handily stopping outside. 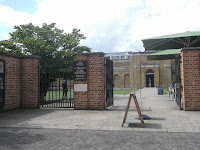 There is no shortage of schools along this route (in fact do avoid the bus at school times as there really is not enough capacity ) with both private and public sector schools along the Dulwich stretch. The Charter School has more successfully replaced the former William Penn Boys and Dulwich High, and is close to the rather pretty North Dulwich Station.

By now we were into our last sector climbing out of Dulwich via Red Post Hill, crossing the crest at Denmark Hill and coasting down again via Herne Hill Road – the houses are pretty down here and Jo noticed a Mermaid Rose above a door just opposite the decorative Carnegie library. About half way down there is an entrance to Ruskin Park, which gives a rather calmer approach to King’s College Hospital. There is a splendid bandstand where we have appreciated Andrew playing with the Bloomsbury Woodwind Ensemble but sadly the dreadful green parakeets put up so much competition we are not sure that they will be venturing south of the river again? 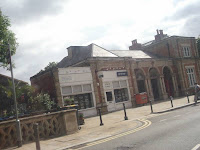 After the unlovely but well-connected Loughborough Junction station there is some further back street routing along Gresham Road, noting the Brixton Sports and Social Club – they used to offer dominos, that favourite of the Caribbean community, but don’t think they are offering team sports requiring lots of green space.  Further along Gresham Road and really quite close to the police station is the Brixton Mosque. There are still flowers tied to the tree by the police station to remember a young man who died in police custody. 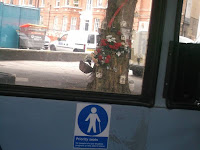 The next and final stop is of course Brixton Station, which is always busy.  Today’s run took about 50 minutes, which is good. Most folk tend to have a love/hate relationship with their local service and we are no exception in this case.  Leaving aside the tendency to snow disruption noted above, to say the P4 is unreliable is an understatement. Between us, through misplaced expectations of this service, ‘63 Regular’ and I have been late for films at the Brixton Ritzy and outpatient appointments at King’s, altogether missed an important meeting in Brixton offices, and most dramatically failed totally to make a flight to Amsterdam.  (Since Brixton is the end of the Victoria Line in theory it offers a good connection to Heathrow changing at Green Park – but not if you are left standing for ever at one of the stops en route…)   But never mind: today went well, and as the length of this posting will tell you, it is a route with lots of interest. 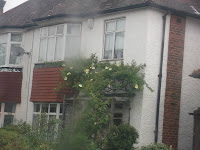 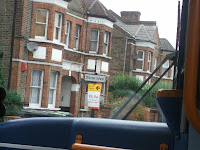