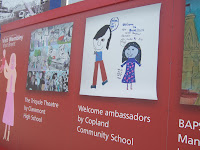 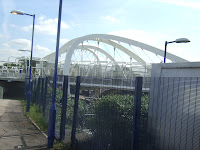 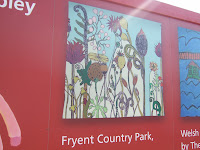 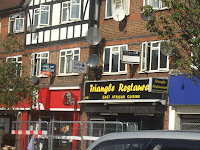 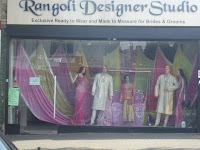 The main eye candy along here is, however, the asian shops, with glowing clothing and interesting sounding sweets and ices:  we thought ‘Kenya Jewellers’ might be a reminder of the 1960s treatment of British citizens of Asian origin in East Africa.  We also noticed a couple of Paan houses, which maybe explained why there were council notices in the high street warning that spitting paan juice was liable to a fine of £80.00. (There is a photo of one of these posters at the end of the 223 blog) 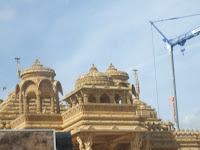 The bus was busy as we passed the temple, with many passengers standing. A few more minutes brought us into Alperton, past the Community School, with its fine reputation and possibly the longest strapline in the world of education. 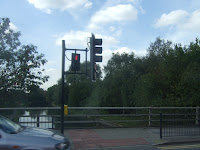 We also passed Alperton bus garage, and then went over the Grand Union Canal on the first of several twiddles of this route:  this one to serve Sainsbury’s before heading back over the Canal and onward.  The Church of God of Prophecy, originating in North Carolina in the 1860s, has a Community Centre here.  We had a long pause outside it, though we were not clear why as we were not ahead of the supposed timings of this route. 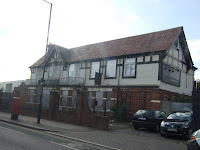 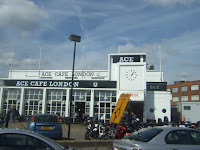 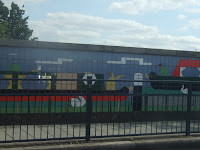 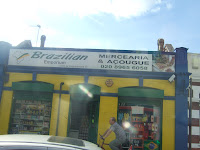 Those yet to come included the enormous Asda, which we completely circumnavigated, before heading into and out of the Central Middlesex Hospital.  We crossed the Canal yet again, and admired the tiled mural on the bridge.  Soon we knew we were coming towards Willesden, as the Church proclaimed, in Portuguese, ‘deus e amor’ There ere also many Portuguese and Brazilian butcher and other food shops.  We also noted the SickleCell Society HQ  before we arrived at Willesden Junction Station at 13.35.
at 09:08