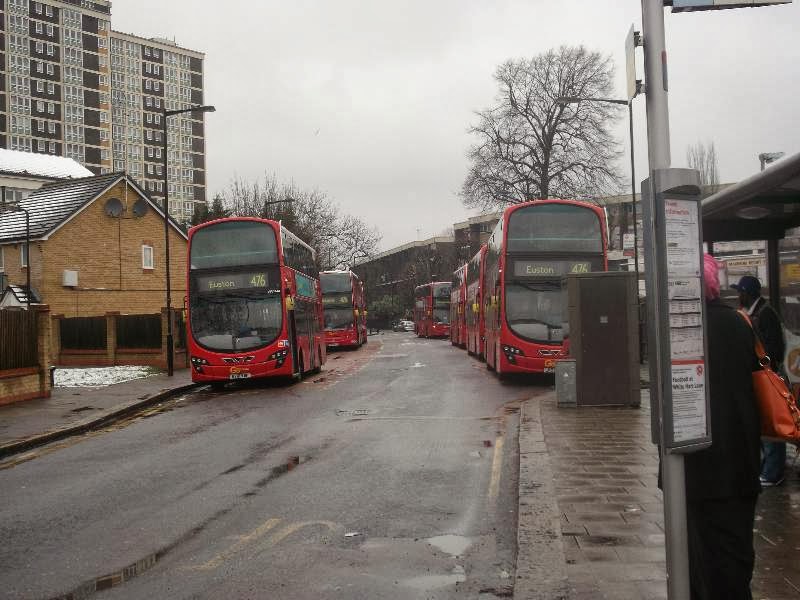 As the four of us (Ricky was joining the LWB) exited from Northumberland Park Station – one train an hour: what’s that about? – we saw a W3 moving off from the 2-route bus stand… Momentary panic, as the day had been constructed around bits of transport that only went once an hour or even worse once a day… however, the W3 is a more frequent traveller and we only had about 5 minutes of waiting. I turned my back resolutely on the new build Spurs Shop (being told not to be too loud in my views), and looked instead at the information board on the Tottenham Marshes.  The train had taken us past bits of the River Lea but these marshes were news to us though they adjoin; they have 'friends'. 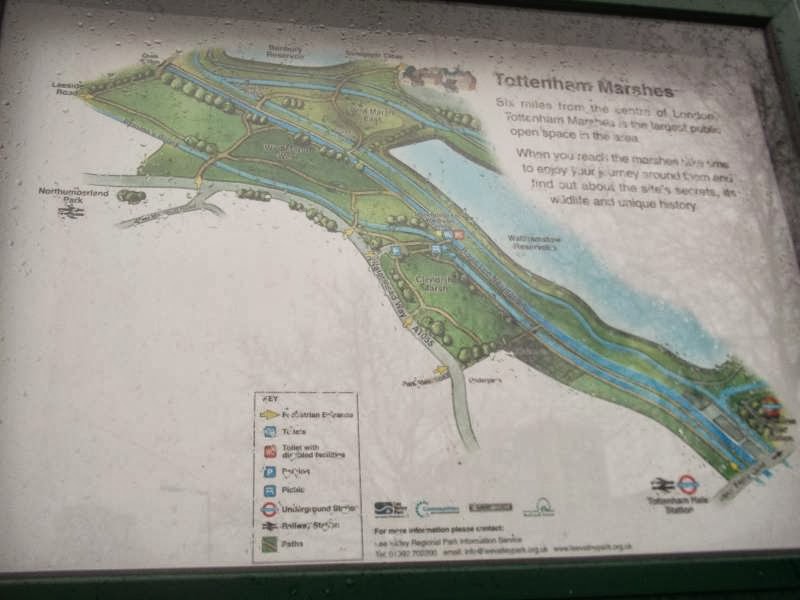 True to our starting point we headed down Northumberland Park with its mixture of housing – one very tall block named for Kenneth Robbins and some older houses, often subdivided. The Cedar Nursery’s cedar was gently covered in snow, and we wondered after whom the Bill Nicholson Pub was named – Jo was nearest to right in guessing a Spurs player, though player/coach/manager/guru is nearer the mark, so not surprisingly this is a supporters pub.  Shortly afterwards the bus emerges onto Tottenham High Road ever so briefly, just north of the stadium, before crossing over and heading down almost the entire length of White Hart Lane – today it was indeed white as snow had fallen and not yet thawed and though no sign of harts; it clearly was a lane, winding its way as only lanes can and do. The eponymous train station also boasts a ‘Railway Tavern’ with a pub sign depicting a fine engine; however it proves to be a dead pub which seemed to be a reflection of the rather derelict nature of Tottenham High Road generally, showing little sign of recovery post riots. At least the cemetery looked both kempt and cared for, and quite pretty in the snow, extending as it does south to Bruce Castle, though the little fish-shaped pond was not visible today. Its most notable ‘resident ‘ is Sir William Butterfield whom we have to thank for innumerable churches and the very striking Keble College Oxford. 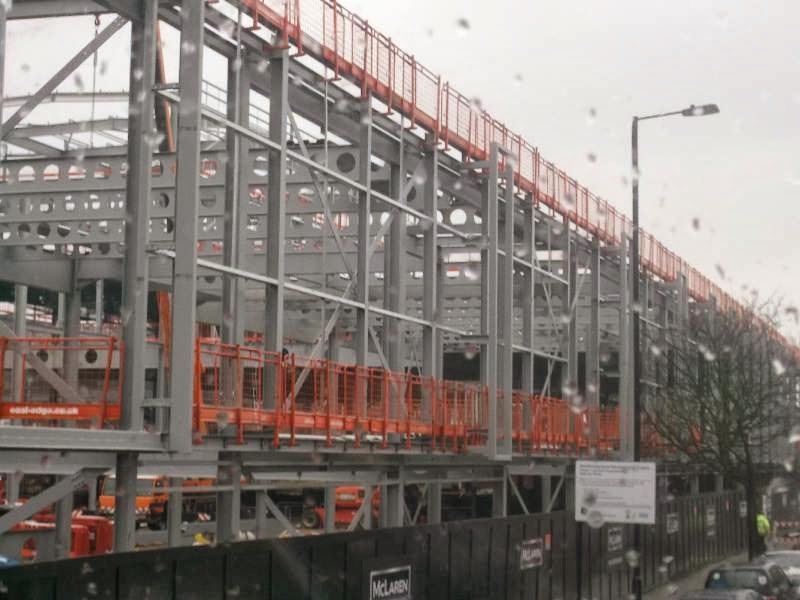 By now my travelling companions, between their competitive historical trivia, were pointing out Alexandra Palace on the hill ahead but first we had to negotiate Wood Green.  On the way we passed the Rowland Hill Primary School, whose large circular roof seemed modelled on African round huts (though standing up to the UK weather). We all knew he had started the Penny Post but he also was a head teacher (and ran a school before free education for all) just round the corner in Bruce Grove, which would account for him being remembered here.  Turning off White Hart Lane just before the New River we passed a series of roads named for Scottish landmarks and thus emerged into Lordship Lane by an imposing Gothic Revival (see Butterfield above) building – another passenger put us out of our misery and told us it was Wood Green Crown Court.  Formerly a Masonic School it oozes solid Victorian grandeur and its website offers it up as a wedding venue – perhaps you tie the knot quickly before getting sent down?? 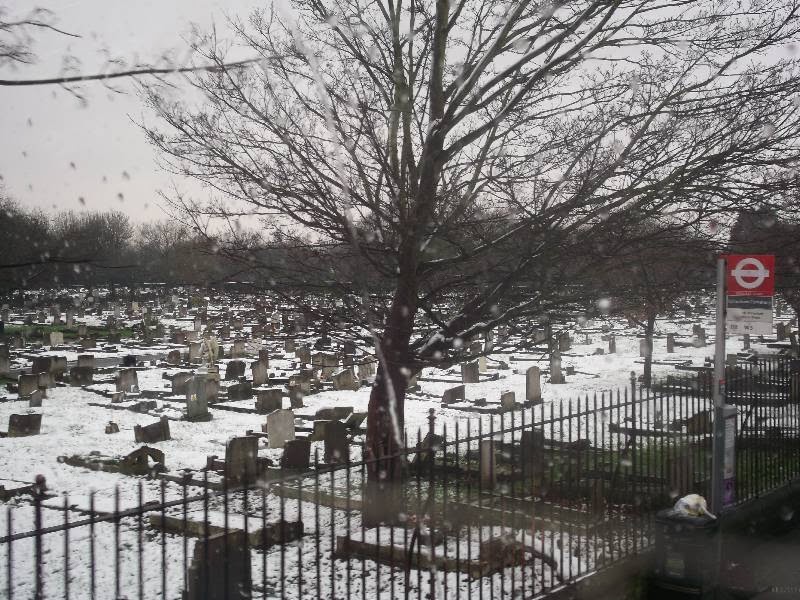 Crossing Wood Green this way (the W3 is excellent at taking you to but not tangling with several key venues) we did not have to crawl past all the shops but headed on down past the Piccadilly Line station.    Again this is not the obvious route by which to leave Wood Green, so we were interested to be passing a sign to the ‘Wood Green Cultural Quarter’ (have you noticed how boroughs are trying to rebrand bits of themselves by calling them quarters?) and Heartlands High School, so named by the local children as it sits at the heart of Haringey. 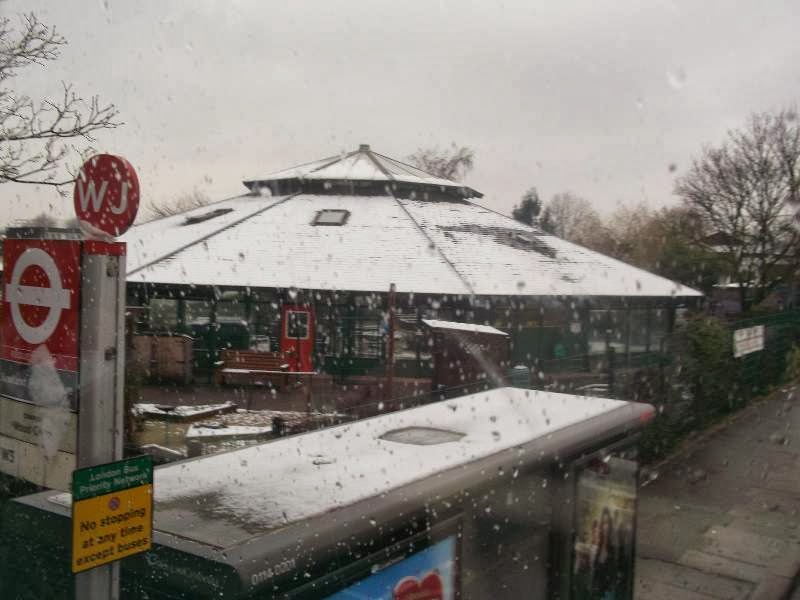 Alexandra Palace has its own modest railway station and the bus has to negotiate several hairpin bends to get over all the tracks and start climbing up to the ‘People’s Palace.’ On top of the hill it felt as though we had the park and buildings to ourselves, and even with the poor visibility it was obvious you could see across the snowy roofs to Central London and beyond. Presumably named for the popular Queen, the Ally Pally BBC transmitter is still standing if not transmitting, and we thought it just as well the palms were tucked up inside the Palm Court not shivering in the snow.  Towards the foot of the hill there used to be a racetrack. 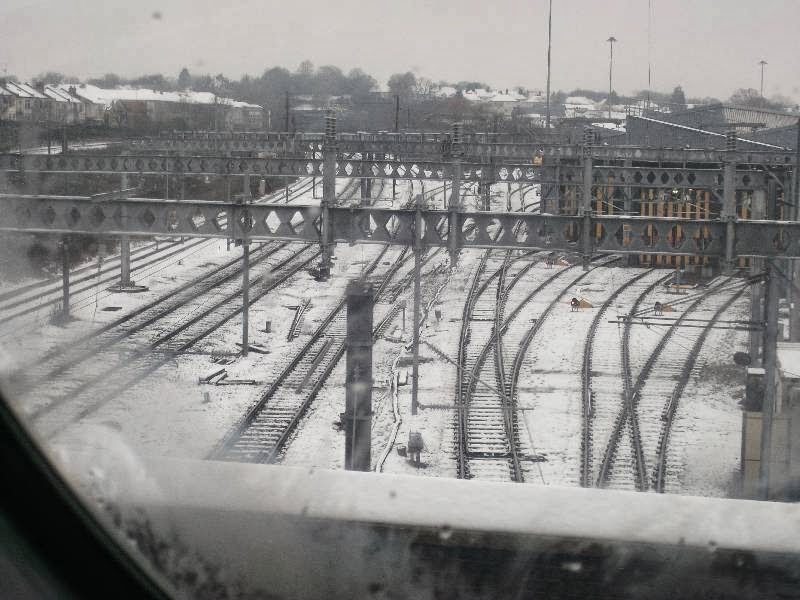 The excellent views led to a discussion of what was the highest point in North London, which I had generally taken to be Hampstead Heath; this link should settle any disputes. 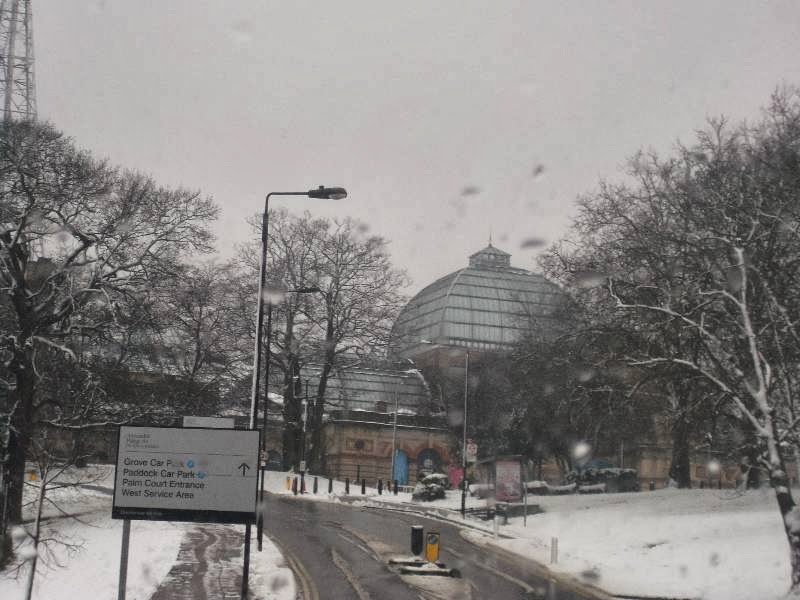 After climbing, the W3 now adds twirling to its skills and the next part of the trip saw it taking several lesser but steep back streets past Priory P ark, a covered reservoir very evident from the top deck, and weaving under old railway arches which now carry stretches of the capital Ring walk (and the abandoned station which formed part of the never-completed Finsbury Park to Alexandra Palace rail/tube line) eventually descending through the swirling snow flakes to Stroud Green.   It was too dark to capture the decorative panels from ‘The Old Dairy’ (now a pub), but there were several brightly decorated cafes, some more cherished than others, along the Stroud Green Road, which comes to an abrupt halt at Finsbury Park station forecourt facing the Arsenal Shop.

What a delight – a double-decker route which takes you (in an hour) from one Premiership Club patch to another via the low points and high points of Haringey borough, and in spite of the temperatures we emerged cosy and glowing. 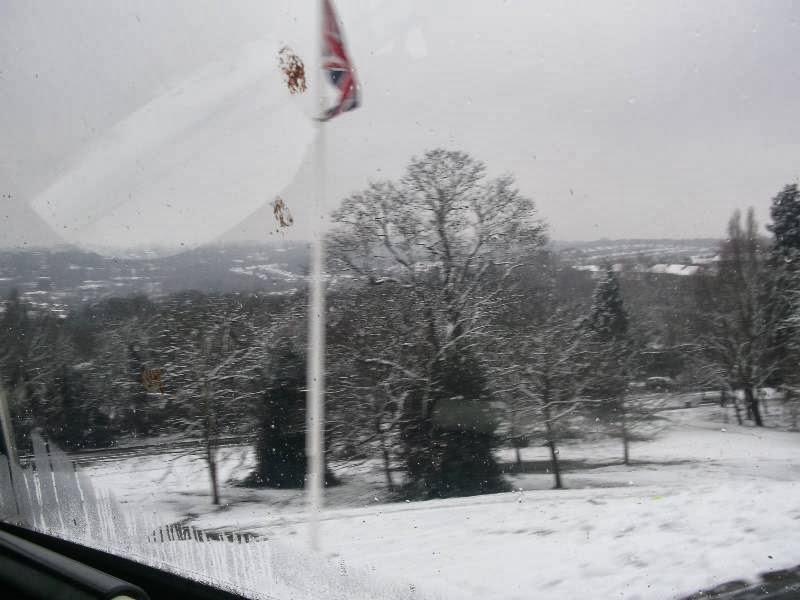 PS It’s such a long time since we started dabbling in the W routes we did not really think what they might stand for – a range of options, perhaps Wanstead, Walthamstow, Wood Green and Woodford for starters… 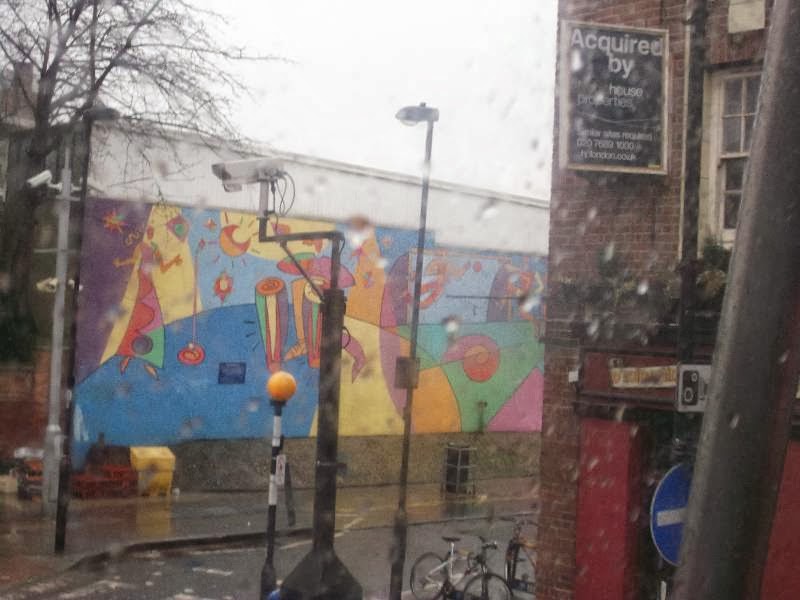