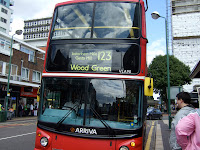 This was a long day, involving five buses in all.  Linda and I had taken a tour of parts of Essex before returning to Ilford. 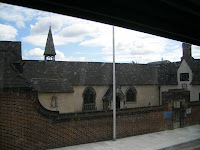 The 123 stop was a few metres along the High Street from the 167 drop off and so we embarked with only a few minutes wait on our fourth bus of the day.  This was a very busy bus:  I think the first time we had heard the tannoy say ‘seats are available on the upper deck’.  We looped round Ilford, still beset by radical road works and admired
their attractive almshouses.  To provide variety with the haircutter with punning names we were collecting, we were delighted to see a drycleaning establishment called Press-Tige. 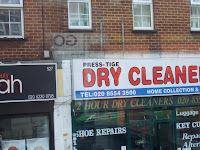 Going past Gants Hill Station, not for the first time, we were a touch dispirited to be heading to Walthamstow again on the A 503, but soon turned onto the North Circular and passed Charlie Brown’s Roundabout. 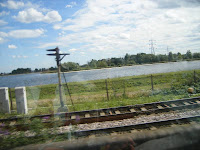 Under the M11 and by the River Roding for a while longer, we found ourselves actually sharing the bus with school children, something we normally avoid!


It was great to be on the road that goes between the two Stoke Newington reservoirs, and we went over the River Lea, which Jo recognised from the time they walked from Leagrave to Limehouse.


Next we passed Tottenham Hale and then Tottenham Town Hall with its excellent provision of cycle racks, as well as some street art. 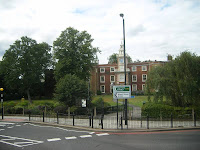 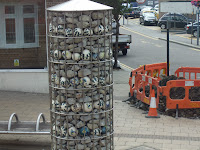 A blue plaque at Bruce Grove acknowledges Luke Howard, ‘Namer of Clouds’ whose book published in 1803 gave the world cirrus, cumulus and stratus, as well as all the intermediates.  It can’t be often that the creator of everyday words is known and yet so little known.

We realised we were getting towards Wood Green as everything went very Turkish, and we climbed off the bus at 16.05 after a journey of 95 minutes.  Only the 29 to go!
at 02:48